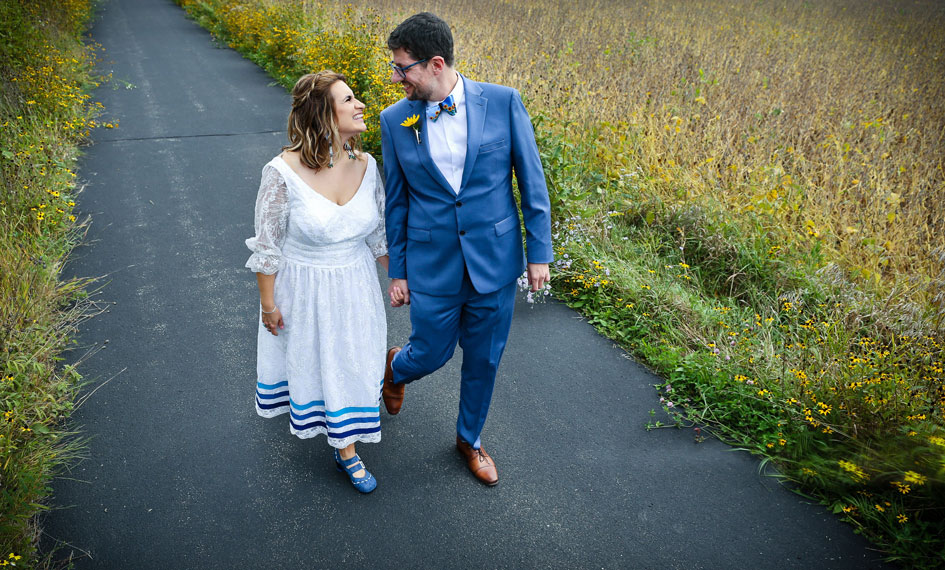 Minnesota's Lieutenant Governor, Peggy Flanagan, was married in an intimate ceremony in mid-September at a friend's cabin on Lake Pepin. Her groom, Tom Weber, is a former reporter for Minnesota Public Radio (MPR). The couple sourced local vendors for every aspect of their wedding, including the bride's gown, which was designed by Project Runway alum and Minneapolis local Samantha Rei. Flanagan and Rei had previously collaborated for Flanagan's inauguration gown.

"I really value working with local artists and showcasing the incredible design work that is happening in our own community," says Flanagan. "So, after she designed my dress for our gubernatorial inauguration, I knew it wouldn't be the last time we worked together." The gown is designed in the tradition of Native American ribbon dresses, in tribute to Flanagan's native heritage. The three ribbons represent the bride, her daughter, and the groom. A medallion, which had previously belonged to Paul Wellstone, was sewn into the back of the gown before being detached and worn as a necklace for the reception.

A sage smudging ceremony took place, followed by a blanket ceremony which featured a blanket designed by local Ojibwe artist Sarah Agaton Howes. Both traditions are passed down from the bride's Native American heritage. 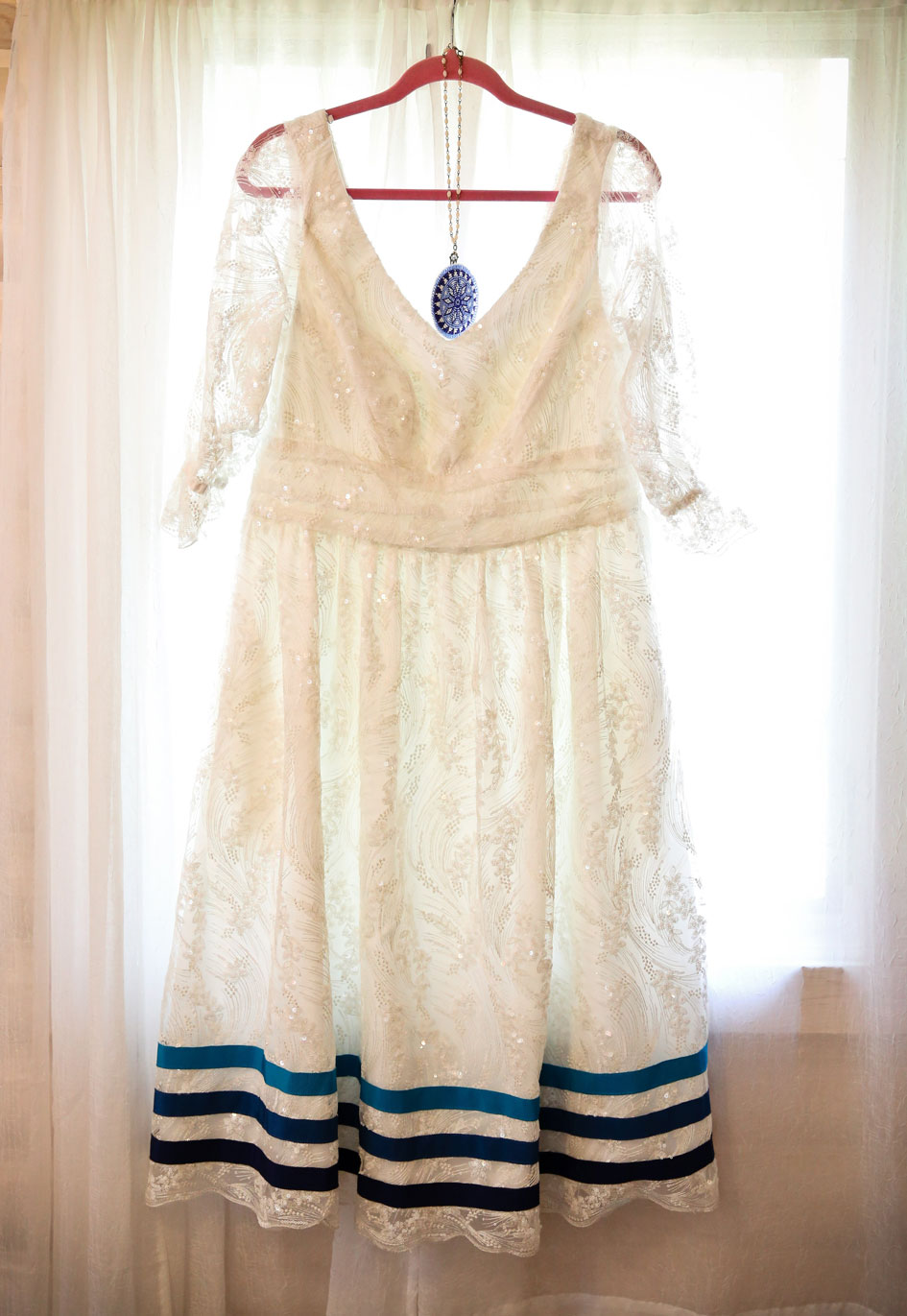 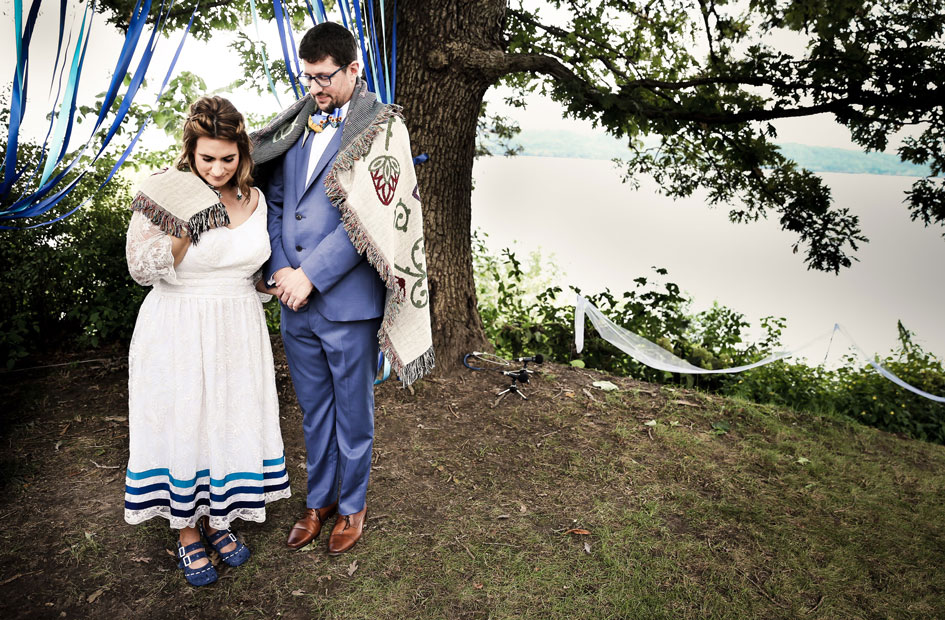